Founder of HeadStart Kids School, Lily Geerdts, changes the lives of thousands of children on a daily basis.

This is her story

Lily grew up in Bloemfontein where, as a little girl she fondly remembers, every Thursday morning her family would go to the fruit and vegetable market to buy boxes of pineapples, apples and oranges. So, her love for healthy eating started at a young age. With her mother being a strict vegetarian, Lily recalls the great effort her mother would take to prepare nutritious meals.

“Even today, I can actually smell the granola and a home-made bread that she made with molasses and sunflower seeds. I was exposed from young age to the importance of good nutrition”.

After studying Computer Graphics in Burbank, California, Lilly returned to South Africa where she met Arnold, whom she married in 2005. He had two sons from a previous marriage – Corbin and Kinah.  In September of the same year Kinah’s mom, Petro, was diagnosed with Motor Neuron Disease. She sadly passed away in September 2006 and Kinah, then aged 5, became their full time responsibility. Lily vividly recalls the challenges they faced when realising that Kinah had serious health and behavioural issues.  “When Kinah came to us, he had just started Grade 0. Even though he was six, his developmental milestones were that of a three- to four-year-old.”

In reaching out to experts in the education and medical fields, she came across Dr Hein Badenhorst who suggested a natural treatment plan before starting any medication or Ritalin.

He recommended the ‘10 steps before Ritalin approach’ which focusses on nutrition (including healthy fats, B vitamins and folic acid) combined with hydration, exercise, structure, sleep hygiene as well as mental well being and support. After just 6-8 weeks of high doses of omega oils and replacing sugary fizzy drinks with water they saw significant improvements in not only his general well-being, but also his eczema.

Lileah, Lily and Arnold’s daughter was born in 2008, and six months later their housekeeper, Lizzy, gave birth to Ryan. When they were about 18 and 12 months old respectively, Lily started noticing a significant difference between their developmental levels. With Lizzy’s permission, Lily not only placed Ryan in Fast Track Kids alongside Lileah, but she began supplementing his daily nutrient intake. “It was incredible how a child, who in the beginning of the year was way behind in his milestones – often sickly, slow to grasp language and even grip his pen – was now healthy, full of energy, able to concentrate and actually on par with the other more affluent kids in his class!”

“Seeing where Ryan first started, made me look at the reality we are facing in South Africa around malnourishment – particularly during early childhood development (the first 5 years) – and how by overturning malnourishment in the form of iron deficiency and growth stunting we can improve a child’s ability to function optimally in the classroom. As they grow up, this can only impact positively on the growth of the economy of our country.”

Later that year Lily met the South African golfing legend, Mr Gary Player and after sharing her personal story and resultant passion for childhood nutrition with him, Mr Player introduced Lily to Dr Sammy (his father started Nutrilite), who then brought her together with the Power of 5 which became the start of a remarkable collaboration.

Headstart Kids was established in October 2015 and kicked off with a pilot, and together with the Power of 5, the program was rolled out to 1 000 children. The rest, as they say, is history.

From these humble beginnings, Headstart Kids has now grown to include 150 000 children every day across nine provinces in South Africa. Lily’s dream is to impact 1 000 000 children and to make a significant difference in their lives, in the communities in which they live and ultimately society and the country as a whole.

Her incredible personal journey has been filled with highs and lows – “the highs are when you experience first hand the impact we have on these kids, how their lives are dramatically improved – how they develop hope and even begin to dream about a better future. The lows are unfortunately the reality of bureaucracy, ignorance and apathy. We just want to help, to provide a service and a product that is proven to make a significant difference – and yet we often meet resistance and a reluctance to help. But I honestly believe that our results speak for themselves. Along with the steely determination and passion of our field teams and other  stakeholders, we will fulfil my dream and eradicate childhood malnutrition”.

So what is Headstart Kids?

HeadStart Kids has been operational since 2017 in South Africa. We currently provide micronutrients to over 150 000 children each and every day.

Malnutrition is the underlying cause of over half of childhood deaths in South Africa. It systematically destroys a child – from their cognitive development, their immune system, their body as well as their muscle growth and makes them more vulnerable to disease and death.

HeadStart Kids is a non-profit registered section 18a company. We rely on the funding and support we receive from corporations and individuals which allows us to improve the lives of so many little ones that have been forgotten or overlooked in society.

“Malnutrition is the condition that develops when the body is deprived of vitamins, minerals and other nutrients it needs to maintain healthy tissues and organ function.”

So often when we talk to potential donors, sponsors or other stakeholders, they are unaware that the primary cause of malnutrition is caused by poor nutrition – a deficiency in micronutrients (vitamins and minerals) and NOT necessarily from a lack of food or hunger.

So what does this mean?

Acute malnutrition in South Africa is primarily caused through poor nutrition… a bowl of pap or slice of bread (the staple diet of so many little ones) does not provide the nutrients required for proper mental and physical development. In fact, this poor diet has given rise to another form of malnutrition – overnutrition. Overnutrition, together with undernutrition and micro-nutrient deficiencies, commonly referred to as the TRIPPLE BURDEN (hyperlink to relevant section under “Why nutrition”) of malnutrition.

Children eat the same food every day.
Starch every day. People are not okay.
It is not healthy to eat starch every day.
We do want to eat right but we don’t have a choice.
We can only buy the basic foods now.
We buy the same things over and over again.
We have no choice; we have to survive

Norman Mphake is the Founder of the Physical Education Institute and Sport Association (PEISA).

He has experience in policy development and implementation, with a keen understanding of government systems, having worked at all three spheres of government.

The founder of HSK, Lily Geerdts, started with her pilot project in 2015 at the Blair Atholl Pre Primary school, Lanseria, Gauteng.

She says: “We are proud of our partnerships, relationships and affiliations with key stakeholders who are vital in the development and execution of the HSK program on a daily basis. This can and will change our landscape as we know it in our beloved country.”

Linda is the Founder and CEO of Gabhisa Holdings, a well seasoned communication expert, facilitator and coach with a proven track record in the corporate environment.

Her expertise lies in corporate governance, general management and in the development and execution of sustainable strategies for clients.

She brings in extensive experience and skills in board management, operational excellence and has implemented successful corporate social investment programmes nationally.

The directors are not afraid to get their hands dirty and more often than not can be found on-the-ground, working with our team of dedicated field workers, partners and volunteers. 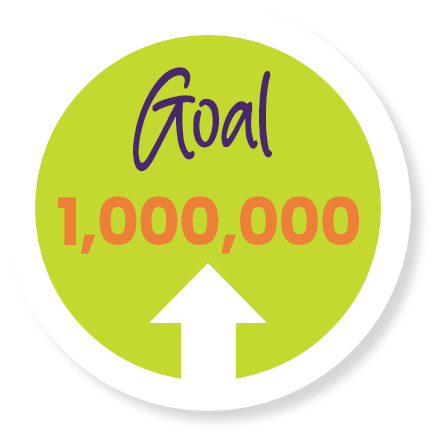 Headstart Kids is a local NGO who is on a mission. A mission to eradicate childhood malnutrition. Come join the fight !

Headstart Kids is a local NGO who is on a mission. A mission to eradicate childhood malnutrition. Come join the fight.